aprilajune@gmail.com
Life After Death Series Part 5
Today is the continuation of the Life After Death Series Part 5 at 3:30PM CST today on my channel
YouTube.com/AprilLaJune.
You can download the materials at
ChristianSoup.com
when you sign up for the newsletter.
Most of the people in the chat room are not members of the restoration churches and are just now being introduced. They have great questions and we're reaching quite a few.
We've even had some people email and ask about Baptism, their loved ones, their own circumstances and some have realized they're not condemned to eternal hell as they have previously thought.
It would be great to have some of you join the discussion if you like!
Hope to see you there! 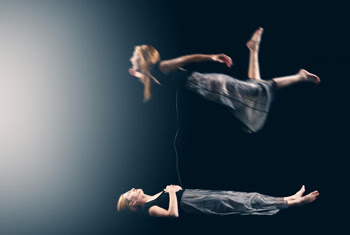 Posted by Restoration News - if you want to add a post - e-mail gdschnack@hotmail.com at 9:50 AM No comments:

Prima facie evidence suggests each of us discovers someone or something to, “take after” in life. What is it that you and I reflect, regarding our ideas, our actions or our beliefs? The video offers to us a simple yet terrible profound example of how we can come to, “take after” the Son.

Posted by Restoration News - if you want to add a post - e-mail gdschnack@hotmail.com at 9:07 AM No comments:

Move over, Vatican – there’s a new church in town!

bernard12@frontier.com
Move over, Vatican – there’s a new church in town!

Here's what the new Mormon temple in Rome is like

Here's what the new Mormon temple in Rome is like 01:21

Italy’s first ever Mormon temple opened on Monday, just a few miles up the road from the Vatican, in the Eternal City of Rome.

While the building’s spires don’t reach the heights of St. Peter’s 450-foot-high dome, the Pope’s new neighbors hope their temple will also become a place of pilgrimage for spiritual seekers.

Elder Ronald Rasband, one of 12 men known as Apostles who govern the Mormon Church, says the choice of Rome is based on its history as the center of Christianity.

“The early apostles served and lived and were martyred here in Rome,” he told CNN, “so this is the place that our prophet (President Russell M. Nelson) felt the temple in Italy should be.”

Rasband says Mormon leaders discussed their plans with the Vatican and that the two churches often work together on social issues.

The baptistry of the new church.

“We are friends with the Catholic Church,” Rasband said. “I have been part of an official delegation to go to the Vatican and meet with cardinals and others about not only this project and not only our church in Italy but relative to the interrelationship we have with our friends, the Catholics, all over the world, whether it has to do with humanitarian work, refugee work or freedom of religion in the public square.”

The 40,000-square-foot building is made of Italian marble and granite. While the church won’t reveal any costs, no expense has been spared in this house of God, with sparkling Swarovski crystal and Murano glass chandeliers set in 24-carat gold adorning its rooms.

Mormon temples are used mainly for baptisms and marriages, and only members of the faith in good standing may enter their inner rooms.