Paul wrote: “. . . all have sinned, and come short of the glory of God; Therefore being justified only by his grace through the redemption that is in Christ Jesus; Whom God has set forth to be a propitiation [atonement-forgiveness] through faith in his blood, to declare his righteousness for the remission of sins that are past . . .” (Romans 3:23-24). This is the heart of the gospel of Jesus.

Since all of us have sinned, all of us need to come to Jesus with broken and contrite hearts; repenting and seeking the remission of our sins. What a blessing it is to have our sins forgiven. Without a doubt, this is our greatest blessing, for which we should be most grateful!

Paul mentioned: “the remission of sins that are past.” The phrase, “for sins that are past,” should get our attention because after we receive a remission of our past sins we invariably sin again! How often do we get through a single day without doing, saying, or thinking, something that is sinful? Although we try to be Christ-like in all we do, say and think each day, we must admit we rarely walk without blame. Therefore it is necessary for us to seek a remission of our sins nearly every day. 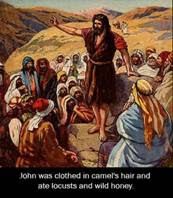 John the Baptist “came into all the country about Jordan, preaching the baptism of repentance for the remission of sins” (Luke 3:3). He also warned the people: “Bring forth therefore fruits worthy of [proof of] repentance” (Luke 3:13). If we expect to receive the remission of our sins we must make an honest effort to live a Christ-like life.

Proof that Jesus has the power to forgive our sins was shown “when they brought to him a man sick of the palsy . . . and Jesus knowing their faith, said unto the sick of the palsy, Son, be of good cheer; thy sins be forgiven thee; go thy way and sin no more” (Matthew 9:2). “And the scribes and Pharisees began to reason, saying, Who is this that speaketh blasphemies? Who can forgive sins but God alone? But Jesus perceived their thoughts, and he said unto them . . . Does it require more power to forgive sins than to make the sick rise up and walk? But that ye may know that the Son of Man hath power to forgive sins, I said it. And he said unto the sick of the palsy, I say unto thee, Arise, and take up thy couch, and go unto thy house. And immediately he rose up before them . . . and departed to his own house” (Luke 5:21-24).

Both King David, and his son Solomon, who succeeded him as King of Israel, were gross sinners. David was guilty of adultery and murder. Solomon had 700 wives and 300 concubines and was guilty of idolatry; after the Lord had appeared unto him twice! Although both father and son were vile sinners only one of them was forgiven. 1 Kings 11:33, tells the story. “His [Solomon’s] heart is become as David his father; and he repenth not as David his father, that I may forgive him.” What a difference repentance made!

This one verse of scripture; 1 Kings 11:33, should be enough to convince all of us, how vital and important it is for us to repent. Even though David had broken at least three of the ten commandments, he repented and was forgiven!

David’s prayer for the remission of his sins can be used as a guide as we ask the Lord for his forgiveness: “Have mercy upon me, O God . . . For I acknowledge my transgressions; and my sin is ever before me . . . Create in me a clean heart, O God; and renew a right spirit within me. Cast me not away from thy presence; and take not thy Holy Spirit from me” (Psalm 51).

Have you ever asked a parent of several children which child they love most? Almost always they will answer they love them all. The father of the prodigal son loved both of his sons. The parables of the lost sheep and the prodigal son were told by the Lord Jesus to illustrate our Heavenly Father’s love for all of us; even when we go astray. He patiently waits and watches for our return.

When the prodigal “was yet a great way off, his father saw him, and had compassion, and ran, and fell on his neck, and kissed him. And the son said unto him, Father, I have sinned against heaven, and in thy sight, and am no more worthy to be called thy son” (Luke 15:20-21).

I recall an occasion in my life when I feared that I had offended my father. When I began to relate to him my desire to apologize, he immediately interrupted my apology and assured me that he had already forgiven me. I saw in my earthly father, the love of my Father in heaven. He could detect, without my confession, my genuine sorrow and fear that my behavior had offended him. Like my father, our Heavenly Father is quick to forgive a person who has a heart-felt sorrow for their sin. As David expressed it: “a broken and contrite heart, O God, thou wilt not despise” (Psalm 51:17)

Persons are not always aware of their sinfulness. The Lord was speaking to the citizens of Judah through the prophet Jeremiah when he said: “. . . thou hast played the harlot with many lovers; return again unto me, saith the Lord . . . thou hadst a whore’s forehead, thou refusedst to be ashamed” (Jeremiah 3:1, 3). Many of us who call ourselves Christians are guilty of harlotry when we put things of the world ahead of our covenant with God. We need to be “awakened to a lively sense of our own guilt” and repent before it is too late. See Mosiah 1:83-88.

In the presence of the Lord and the Holy Spirit we become aware of our spiritual condition. When Peter recognized Jesus as the Son of God, “he fell at Jesus’ knees, saying, Depart from me; for I am a sinful man, O Lord” (Luke 5:8). We see ourselves more clearly when we walk in the light of God.

Perhaps you recall the joy you felt when you received an assurance of the Lords forgiveness. I remember a time I experienced this joy. It was while I was attending Iowa State University. During a Sunday morning service of the Lord’s Supper, during which I sensed the presence of the Holy Spirit, I felt a particular need for a cleansing. I asked God for this blessing and for an assurance that he had heard my prayer and had made me clean. I experienced the cleansing fire of the Holy Ghost as it fell upon me that morning. It was a glorious release! A captive had been set free! As with Enos, “my guilt was swept away” (Enos 1:8).

I recall after the service, going to work at a cafeteria. I was the cashier and had an opportunity to greet each person as they came through the line. I am not certain that the people noticed a change in me that day, but I did. Suddenly, I had become sincerely interested in each person as they paid for their meal. Again, as with Enos, “I began to feel a desire for the welfare of my brethren” (Enos 1:12). I was solicitous of their needs. I loved them! I had been filled with the Spirit.

Oh, how wonderful it is to be touched by the transforming power of the Holy Ghost; to be assured of the Lord’s forgiveness and to feel the great joy that always accompanies such an experience. It becomes a precious need. We become filled with a holy hunger for more of the same.


Posted by Restoration News - if you want to add a post - e-mail gdschnack@hotmail.com at 6:43 AM