In Memory of Donnel Eugene Etter 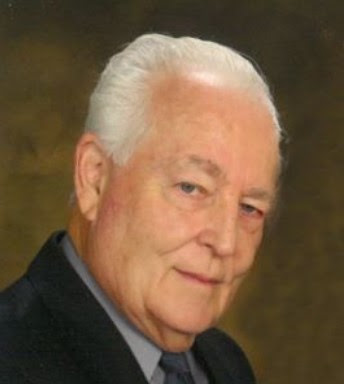 Donnel was born on June 7, 1936, in Independence, MO, the son of James Etter and Lanora Etter (née Epperly). He was a graduate of Van Horn High School in the school’s first graduating class of 1956 and served in the US Army Reserves (infantry) for nine years. He completed an art correspondence course which enabled him to earn a position as a commercial artist for Farmland Industries. He worked at Farmland Industries as an illustrator and designer, as well as constructing, designing, and managing trade show booths for regional shows. He then went to work for KC Metro as a bus driver for ten years until his retirement.

On July 13, 1958, he married Eldora M. Sweeney, and to this union were born two children, Mark and Ryan. Donnel was active in his church; he was an Elder of the Mount Washington RLDS congregation, and later, at the Hill Cumorah Restoration Branch for over 30 years. Despite his dyslexia, he was inspired to write, and became a published author. He and Eldora went on church history trips to Nauvoo, and they also traveled for leisure to destinations like Florida, Vancouver, Seattle, and Biloxi. He could (and would!) talk to anyone; he never knew a stranger. He was a talented painter, sculptor, and woodcarver, and his artwork remains displayed in his home and in his church. The larger-than-life painting of Jesus that hangs in the staircase at the Waldo Restoration Branch was painted by Donnel when Mark and Ryan were small. Mark remembers the oil painting lying flat on sawhorses in Donnel’s basement art studio while it was being created. Donnel found heavenly beauty in nature, and that was exhibited with his landscaping and gardening skills.

He was preceded in death by his parents, James and Lenora Etter; brother, Neldon Etter; and sister, Marna Burgess.


Posted by Restoration News - if you want to add a post - e-mail gdschnack@hotmail.com at 8:35 AM