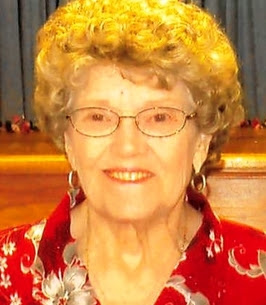 Frances Virginia Mundy, 85, Independence passed Saturday, November 2, 2019 at Lakewood Care Center in Kansas City, Missouri. Services will be 2 pm, Sat., Nov. 9 at Buckner Restoration Branch, 2607 N. Twyman Rd., Independence, MO 64058; interment at Oak Ridge Memory Gardens. Visitation will be 6-8 pm, Friday at Speaks Suburban Chapel, 18020 E. 39th St., Independence, MO 64055.
Frances was born on February 2, 1934 in Exeter, Missouri, Barry County to James and Ruth Painter. Her mother moved the family to California and eventually settled in Ridgway, Pennsylvania where she worked at Quality Components in Daguscahonda, Ridgway Township, PA. She met Aaron Mundy who became her lifetime husband. During Aaron’s Army tour they corresponded then they married in July 1954 in Caney, Kansas. They made their home in Grand Junction, Colorado where their first of two sons were born in 1958. They moved to Wichita, Kansas in 1959 where they lived when their second son was born in 1966.
In 1954 she became a lifelong member of the Reorganized Church of Jesus Christ of Latter Day Saints (later becoming the Church of Jesus Christ).
Frances is remembered as someone who would never decline the opportunity to hold a baby or care for children. She is very well known for her cooking and especially baking, which led her to cook weekly meals at Reorganized Church of Jesus Christ of Latter Day Saints’ Laurel Club in the 1970’s.
Frances was preceded in death by her father James T. Painter and mother Ruth A. (Coats) Woodward; husband Aaron G. Mundy on February 28, 2010; brothers Earline Tindle, Hollis Painter, sisters Betty (Tindle) Gardner and Cora Mae (Painter) Hayes. She is survived by brother Leroy Painter and his wife Diane of Bakersfield, CA, sons Terry Mundy and wife Sharon and Kevin Mundy both of Independence, 4 grandchildren, and 9 great-grandchildren.

Posted by Restoration News - if you want to add a post - e-mail gdschnack@hotmail.com at 4:17 PM