Melinda Marie Swift, 57, of Independence Missouri passed away on October 12, 2019 in the home of her cousin Michael Barrett. She was under Hospice care and died as a result of Metastatic Breast Cancer that had spread throughout her body. 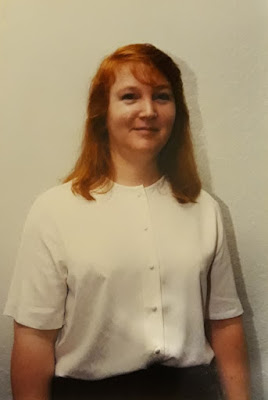 Melinda was born on December 18, 1961 to John E. Swift and Judith Lea (Barrett) Swift at the 401st Tactical Hospital on the Air Force Base in Alexandria Louisiana.

She grew up in Lee’s Summit Missouri, and got her BFA in Commercial Art from CMSU.

She loved to paint, and she loved her cats.

She played the piano, and she had a beautiful singing voice. She sang in several choirs, one of which went to Carnegie Hall in New York. She also sang in the Independence Messiah Choir.

Melinda is preceded in death by her parents, and is survived by her three brothers Steve, Jeff and Ron.


Posted by Restoration News - if you want to add a post - e-mail gdschnack@hotmail.com at 1:53 PM