Paul looked at life as a race during which we must keep our eye focused upon becoming like Jesus. He wrote: “. . . let us lay aside every weight, and the sin which doth so easily beset us, and let us run with patience the race that is set before us, looking unto Jesus the author and finisher of our faith; who for the joy that was set before him endured the cross, despising [ignoring] the shame, and is set down at the right hand of the throne of God” (Hebrews 12:1-2). Jesus warned: “. . . no man having put his hand to the plough, and looking back is fit for the kingdom of God” (Luke 9:62).

One morning during the final week my wife was with us, the Lord reminded me of this scripture: “. . . the child that Uriah’s wife bore unto David . . . was very sick. David therefore besought God for the child; and David fasted, and went in, and lay all night upon the earth . . . And it came to pass on the seventh day the child died. And the servants of David feared to tell him that the child was dead . . . But when David saw that his servants whispered, David perceived that the child was dead; therefore David said unto his servants, Is the child dead? And they said, He is dead.

Then David arose from the earth, and washed, and anointed himself and changed his apparel, and came into the house of the Lord and worshiped; . . . Then said his servants unto him, what thing is this that thou hast done? Thou didst fast and weep for the child, while it was alive; but when the child was dead, thou didst rise and eat bread. And he said, While the child was yet alive, I fasted and wept; for I said, who can tell whether God will be gracious unto me that the child may live? But now he is dead, wherefore should I fast? Can I bring him back again? (2 Samuel 12:15-23).

We look forward to the day spoken of by John when “God shall wipe away all tears from their eyes; and there shall be no more death, neither sorrow, nor crying, neither shall there be any more pain; for the former things are passed away” (Revelation 21:4). Until then we can expect to encounter death, sorrow and crying. David was able to accept the loss of his son and move on with his life with a minimum of disruption. We should do the same. 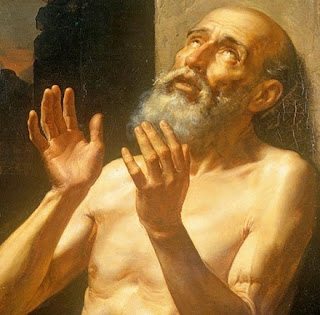 Job suffered the loss of family, property and even his health, but his faith never wavered. He could say, “the Lord gave, and the Lord taketh away; blessed be the name of the Lord” (Job 1:21). Later, he shared this testimony: “O that my words were now written! Oh that they were written in a book! That they were graven with an iron pen and lead in the rock forever! For I know that my Redeemer liveth, and that he shall stand at the latter day upon the earth; And though after my skin worms destroy this body; yet in my flesh shall I see God” (Job 19:23-26).

It is written that before his death Job was given twice as much as he had before . . . so the Lord blessed the latter end of Job more than his beginning” (Job 42: 10, 12).

The testimony of Job, forged in the fiery trials of his mortal life, strengthens our faith, fortifying us for whatever may come in 2020 and beyond. And so we “press on toward the mark for the prize of the high calling of God in Christ Jesus.”

Horatio Spafford was a latter day Job who suffered similar losses, yet neither did his faith waver. We are indebted to him for his song; “It is Well With My Soul.”

The song “It Is Well With My Soul” was written by a successful Christian lawyer Horatio Spafford. His only son died at age 4 in 1871. In 1872, the great Chicago fire wiped out his vast estate, acquired by his successful legal career. In 1873 he sent his wife and 4 daughters to Europe for a summer vacation trip on the ill fated SS Ville du Havre. Since he had a lot of work to do, he planned to follow them later. Enroute the ship sank and he lost his 4 daughters with his wife being the only survivor. She sent him a telegram which simply read, “SAVED ALONE . . .” On his return home, his law firm was burned and the insurance company refused to pay him. They called it, “An act of God.” He had no money to pay for his house and no work, so he also lost his house. Then while sitting and thinking what had happened to him; being a spiritual person, he wrote a song – “Whatever, my Lord, You have taught me to say – It is well, it is well with my soul.”


It Is Well With My Soul

When peace, like a river, attendeth my way, When sorrows like sea billows roll; Whatever my lot, Thou hast taught me to say, It is well, it is well with my soul.

Though Satan should buffet, tho’ trials should come, Let this blest assurance control, that Christ has regarded my helpless estate, And hath shed His own blood for my soul.

My sin, Oh, the bliss of this glorious tho’t, My sin, not in part, but the whole, Is nailed to the cross and I bear it no more, Praise the Lord, praise the Lord, O my soul!

And, Lord, haste the day when our faith shall be sight, The clouds be rolled back as a scroll, The trump shall resound and the Lord shall descend, “Even so” it is well with my soul.


Posted by Restoration News - if you want to add a post - e-mail gdschnack@hotmail.com at 7:55 AM