Brother Bakht Singh [1903-2000] of India, wrote: “I began to read the book of Genesis in the month of January 1930. I found these words again and again in the same chapter: God said, God said. I found these words repeated 500 times and this very fragment was a blessing to me: God speaks, God speaks. So I said, O God, speak to me. I want to hear Thy voice. I have no ambition for any other experience. The longing of my soul is that you should speak to me and show me thy way day by day. I believed like a child. Even though it may take some time to learn the lesson that God speaks, the fact remains that when He becomes real [to us] He does speak. A day came when I began to hear His voice every day.” (Brother Bakht Singh of India. TE Koshy, OM Books. Secunderabal 500002, Andhra Pradesh, India. Page 86). 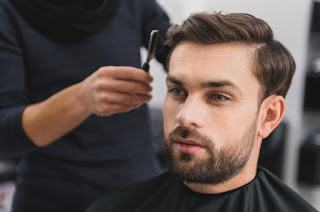 Bakht Singh became the greatest evangelist and church planter in India of the 20th century. One day he needed a haircut, so he prayed and asked the Lord whether he should go for a haircut that day or not. He felt restrained from going. Again after a few days, he asked the Lord whether or not he should go for a haircut, and this time he was constrained to go. When he arrived at the barber shop, the barber, by the name of Bruce, was all alone. While getting his haircut, Bakht Singh and the barber had a good conversation which led Bakht Singh to share his testimony. Then he asked Bruce if he had ever received the Lord. The man replied, “no.” So, Bakht Singh said to him that he would be glad to show him from the Scriptures how to receive the Lord after he had finished the haircut. This he did. (Ibid. Page 52). This experience proves “The steps of a good man are ordered by the Lord . . .” (Psalm 37:23). And the Lord’s timing is precise.

The words of a well known hymn are an excellent reminder of what we need to do each day; “I would be prayerful through each busy moment; I would be constantly in touch with God; I would be tuned to hear his slightest whisper . . .” (Hymns of the Restoration, #322).

The gates of hell prevail against the Church of Jesus Christ whenever the line of communication with God is broken. Jesus asked his disciples: “Whom say ye that I am? And Simon Peter answered and said, Thou art the Christ, the Son of the living God. And Jesus answered and said unto him, Blessed art thou Simon Bar-Jona; for flesh and blood [man] hath not revealed this unto thee, but my Father who is in heaven. And I say also unto thee, . . . upon this rock [divine revelation] I will build my church, and the gates of hell shall not prevail against it” (Matthew 16:16-19).

The Apostle Paul understood the absolute necessity that the church of Jesus Christ be led by God and not by man. He wrote: “But I certify you, brethren, that the gospel which was preached of me is not after man. For I neither received of man, neither was I taught it, but by the revelation of Jesus Christ. . . . I conferred not with flesh and blood [man]” (Galatians 1:11-12, 16).

I believe the prophet Amos could have been prophesying of our day and land, when the Lord through him said, “Behold, the days come, saith the Lord God, that I will send a famine in the land, not a famine of bread, nor a thirst for water, but of hearing the words of the Lord; And they shall wander from sea to sea; (“From sea to shining sea,” America, the Beautiful)and from the north even to the east, they shall run to and fro to seek the word of the Lord, and shall not find it. In that day shall the fair virgins and young men faint for thirst” (Amos 8:11-13).

God still wants to speak to us. “For I am the Lord, I change not” (Malachi 3:16). We need to improve our hearing. Jesus set the example for all of us, especially for the priesthood, who are called of God to be His spokesmen. Jesus said: “For I have not spoken of myself, but the Father which sent me, he gave me a commandment what I should say and what I should speak; . . . whatsoever I speak therefore, even as the Father said unto me, so I speak” (John 12:49-50). As priesthood, we should endeavor to do the same.

The Doctrine and Covenants contains the revelations of God given to his prophets of the 19th and 20th centuries. The majority of these revelations were received by Joseph Smith, Jr., and his eldest son Joseph Smith III.

Some complained that Joseph (III) did not prophesy or use “Thus saith the Lord” enough; as though God’s words were not as effective and binding when faithfully declared without that preface, as with it” (Autobiography of Elder Charles Derry, page 255). Joseph III “did not aim at grand, eloquent language. It was plain, simple, and very comprehensive. He used no redundancy of words, but every word was meat for the hungry soul. Truly, the mantle of his father had rested upon him” (Ibid. page 221).

Among the infinite number of ways and means God uses to reveal his will to us; is that he speaks to us through the Scriptures. Three examples of this are given below.

1) “If any of you lack wisdom, let him ask of God, that giveth to all men liberally, and upbraideth not [will not censure]; and it shall be given him” (James 1:5). Joseph Smith, Jr., wrote: Never did any passage of scripture come with more power to the heart of man than this did at this time to mine . . . I reflected upon it again and again.” (1820).

2) “Remember the worth of souls is great in the sight of God . . .” (Doctrine and Covenants 16:3-c). My father was a young farmer, still in his twenties, when he became afflicted with a disease the doctors said could afflict him for a period of six weeks, to as long as seven years! He called for the elders to come and pray for him. He promised the Lord, if he was healed, he would make a more diligent effort to study the Scriptures. He was healed. He began his study of the Scriptures with the Doctrine and Covenants. When he reached Section 16:3-c, he said the words seemed to be magnified and stand out on the page. This scripture became his lodestar; a guiding star, for the rest of his life. (1933)

3) “Whosoever, therefore, shall confess me before men, him will I confess also before my Father who is in heaven” (Matthew 10:28 IV; 10:32 KJV). I was summoned to the Funeral Home to meet with a family whose 21 year old son had been killed when the car he was driving was hit by a large truck on an icy bridge. Needless to say his family was grief-stricken by their tragic loss.

Later, at the funeral, his mother and sister wept throughout the service. I felt the ministry they needed had not been received. The family planned to remain in our area a few days, so I asked if they would come and visit with me before returning to their homes. They accepted my invitation. I wanted another opportunity to share the testimony of Jesus and the hope we have in Him. We “sorrow not as those without hope” (1 Thessalonians 4:13). This second effort was a blessing for all of us. The Holy Comforter was present. The words: “Blessed are they that mourn; for they shall be comforted” were fulfilled. See Matthew 5:6.

After the family’s visit, I leaned back in my chair and breathed a sigh of blessed relief. Then suddenly, the words of an unfamiliar scripture (at the time) were quoted to me, word for word: “Whosoever, therefore, shall confess me before men, him will I confess also before my Father who is in heaven” Then I noticed that on a small digital clock, attached to the wall, the time was precisely 3:33 PM. I could not doubt that the Lord was speaking directly to me through this precious scriptural promise.

Posted by Restoration News - if you want to add a post - e-mail gdschnack@hotmail.com at 7:51 AM